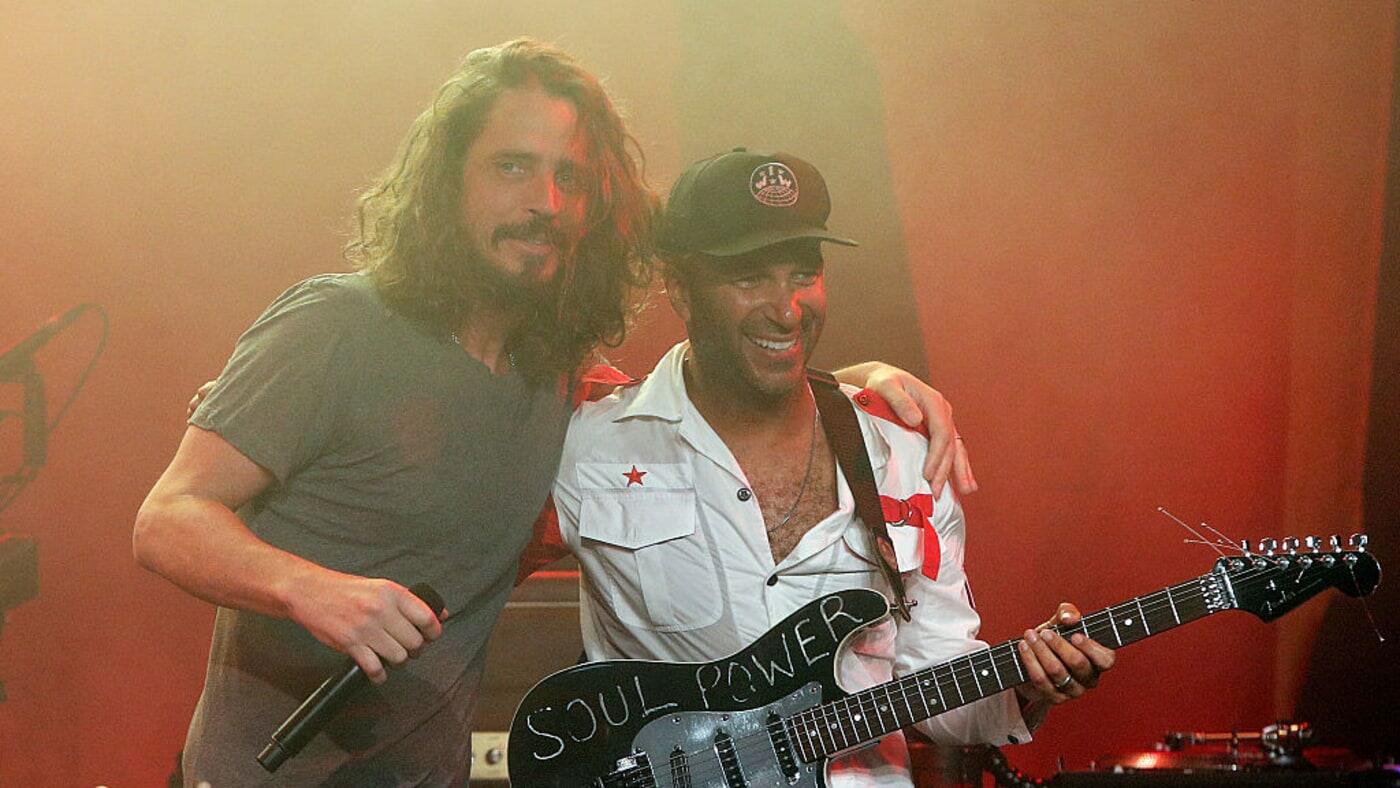 On Thursday, Tom Morello paid tribute to his late friend and Audioslave bandmate Chris Cornell on Instagram. "Thank you for your friendship and your humor and your intellect and your singular and unmatched talent," the guitarist's post read.

That same night, he wrote a poem in tribute to Cornell, which appears in full below

You're twilight and star burn and shade

You're a sage, you're a wound shared, you're masked

You're a pillar of smoke, you're a platinum heart

You're a brush fire, you're caged, you're free

Your vision pierces, you do not see

You are pieces strewn on the hillside

You're a revealer of visions, you're the passenger, you're a never fading scar

You're twilight and star burn and shade

You're not there, now you're always here

You're a handsome groom, a loving father, a haunted stairwell

You're the clear bell ringing, the mountains echo your song

Maybe no one has ever known you

You are twilight and star burn and shade